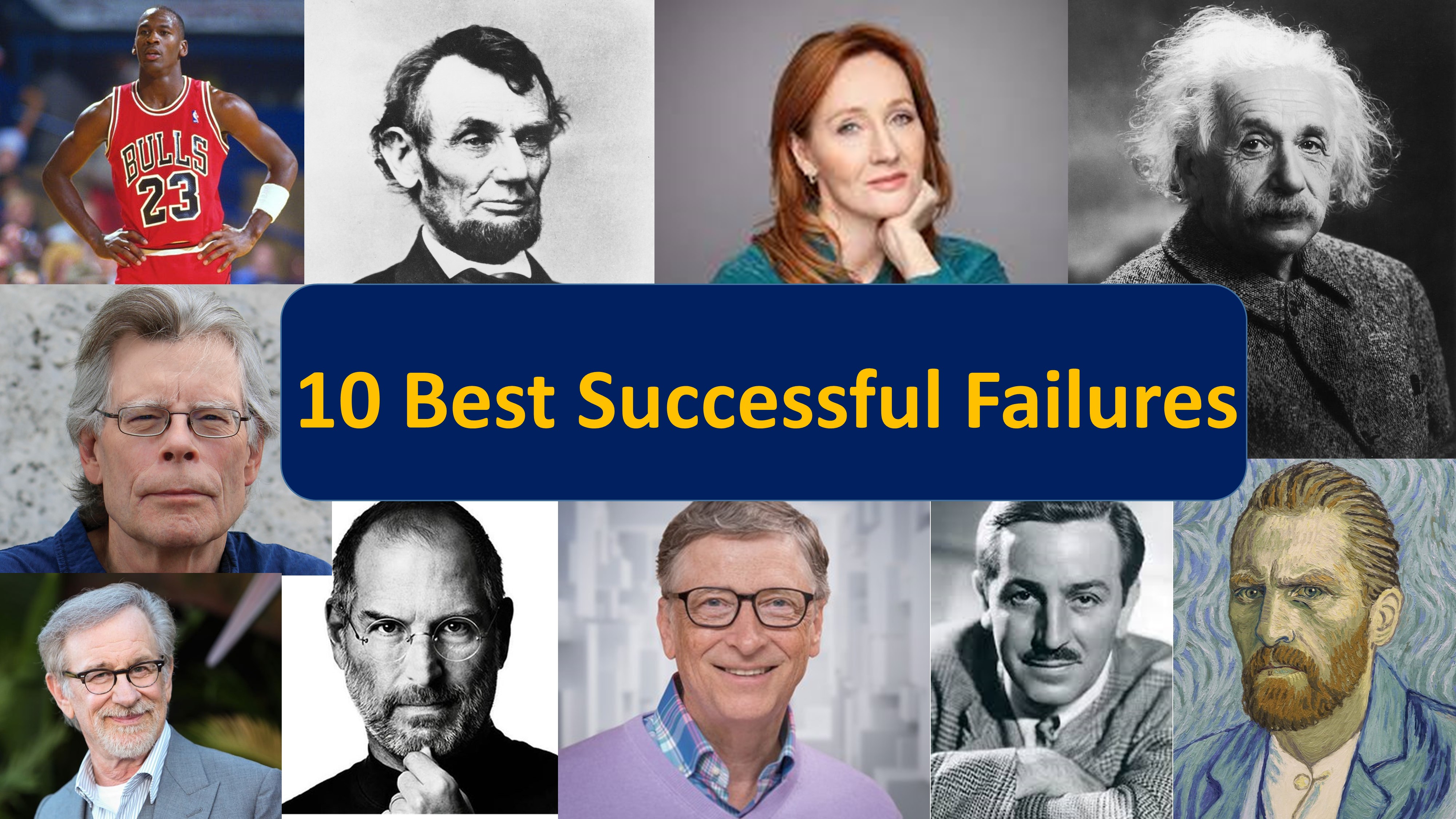 Being successful is the desire of all of us residing over this lovely planet. It does not matters whether the concerned person is a child, youth or the old aged, at each and every stages of our wide life span, it is our inbuilt desire to be successful and proceed forward consistently towards a more massive success. The mentality of competing with each other can frequently be noticed at any of the place including schools, colleges, coaching, work fields including organizations, offices etc to name a few.

As comparison to our efforts towards the works to get success, we often expect much more and want success to knock our doors very soon. If in case, it does not happen, we use to get frustrated and finally get deeper inside the darkness of inferiority. Such situation has been noticed among most of the people where regular and dedicated efforts have been ignored and merely the failures have been entertained.

However, there are numerous versatile examples who already have proven themselves an iconic figure all over the world in their respective areas but have unfortunately gone through several major failure based stages throughout their lives.

The list of 10 best successful failures are mentioned with the help of following bullet points:

1. Steve Jobs: Steve Jobs has been known as an iconic figure for the establishment of Apple like biggest company. However, it is extremely shocking to know that the $2 billion company with over 4000 employees has been started with only two persons in a garage. It is also to be noticed that this great establisher has been dismissed and fired from the company from which he has started his career. Further, realizing his potential and capabilities, Steve Jobs proceeded further towards establishing this biggest company which is famously known as ‘Apple’.

2. Bill Gates: It was very much important for Bill gates to heed the lessons of failure in comparison to celebrating the joy of success. This great entrepreneur who has established Microsoft like biggest software company is a drop out student from Harvard. Furthermore, he has also been known for his self owned business figure known as    Traf-O-Data which was one of the biggest failures in the history. Entire investment of Bill Gates got vanished and unfortunately, even the education could also not get completed. But, the keen desire and the passion for the computer programming based stuffs led him to establish such biggest software company with the grand name ‘Microsoft’.

3. Albert Einstein: Albert Einstein is a well known scientist and extraordinary genius personality known by almost all of us all over the world due to his great inventions and contributions towards science. He quoted that the success is a failure in progress and someone who has never failed cannot truly be a successful person. During the childhood, he suffered from continuous failures. He was not even able to speak fluently till the age of nine years following which he has been expelled from the school. Furthermore, his admission to Zurich Polytechnic School was also not considered. But, leading to the ways of success consistently, he proved himself as a renowned gem in the ocean of science and technology and finally won the Nobel Prize for Physics in 1921.

4. Abraham Lincoln: This great personality who has also been the ex-president of USA has suffered regularly from massive failures year after the year. Lincoln failed in his business in the year 1831 and after which in the year 1836, he got major nervous breakdown. Struggling consistently for years, he again failed in 1856 during US presidential elections. Fighting and struggling consistently, he elected as the sixteenth President of USA in 1861 and went on leading towards his way of life.

5. J.K.Rowling: J.K.Rowling has been known as the famous author of the most selling book ‘Harry Potter’ who has clearly stated about her failures during a speech ceremony commenced at Harvard. She stated about her unsuccessful marriage life with entire life in front to live lonely with a jobless situation. Such a difficult situation without a life partner and a job to survive forced her to start a new life as a dynamic author. Her creativity finally led her to the zenith of success.

6. Michael Jordan: Michael Jordan is one of the most renowned basketball players in the sports world history. He was a short heighted boy early in the childhood due to which he often use to get rejected during the selection processes. After being grown up and started playing as a basketball player, he even failed to hit over nine thousand shots and ultimately lost over three hundred games for twenty six times. He got frustrated a lot but his dedication and consistency paved his way towards success.

7. Walt Disney: Walt Disney has been known as one of the famous cartoonist and creator of famous cartoon creatures such as Mickey Mouse, Donald Duck etc to name a few. He even failed several times in his life. His unsuccessful attempt to join armed forces finally forced him to drop out from the schools and leave his further studies. His initiative Laugh-O-Gram Studios even went bankrupt and finally after joining a newspaper agency named Missouri Newspaper, he was fired because of not being creative enough as per the expectations.

8. Vincent Van Gogh: This famous personality has been known as one of the greatest painter and artist along with a world renowned icon in world history. However, due to continuous failures and misfortunes such as mental illness and improper bonding in the relationships forced him to commit suicide at an early age of merely 37 years. During the entire life span, this person sold only a single painting which revolutionized him in the world of arts and paintings which is alive till date.

9. Stephen King: This name is famous as a most renowned writer all over the world. However, he met several misfortunes and failures during his life span. His childhood was spent under the dark capture of poverty with added misfortunes of getting in under the cover of drugs and alcohol as well. But, finally he kept on concentrating towards his writing based hobby and professionalized it by developing several new writing styles along with new copyrighting mechanism as well.

10. Steven Spielberg: This great filmmaker who has won countless records and prizes for his contribution towards best film making has also suffered from several failures in his life. He was not able to get higher examination grades in the schools during the childhood following which he has been suspended for three times from the University of Southern California. Following his passion and dedication, he went on creating the great movies and finally won three Oscar awards and made a sum total of fifty one great movies.