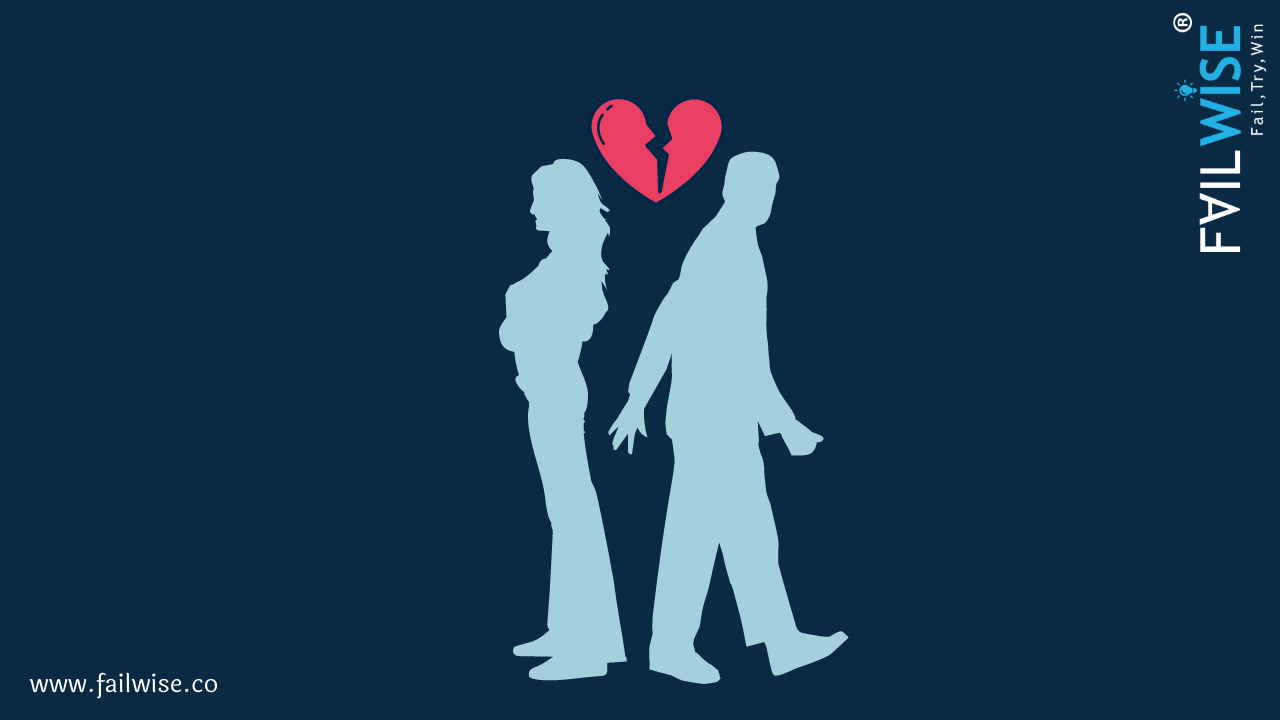 10 Harsh Signs and Symptoms that Your Relationship is Failing

While they can be easy to miss, these symptoms are just as important to recognize if you want to save your relationship.

Keep in mind though, that some relationships are too toxic, and thus not worth holding onto. But if your partnership is worth saving, rest assured there are some things you can do. Here are some signs that it may be time to reevaluate where things went wrong, so you can work together to make them right again.

According to Dr. Joshua Klapow (psychologist and radio show host)

"It ... suggests that you are either not comfortable, or not aware that you are molding yourself into a carbon copy of the other person"

For a relationship to last, you both need to be able to argue and speak your mind.

2. You Let Each Other Get Away With Everything

It's not healthy to let your partner bug the hell out of you without saying anything, simply because "you love them."

Because turns out, there is a thing as being too tolerant.

"This is the idea of basically letting your frustrations and compromises build up so much that you lose yourself in the process. You no longer have a life you want, but a life of tolerating them." And that's not as sweet as it sounds.

3. They Disregard You in Little Ways

So yes, you should be concerned if your partner is suddenly living that solo life.

"Discontinuing the simple, small things we do for each other when we are in a solid relationship is a good indicator that your partner is not as invested as they used to be."

4. Your Arguments Go From Zero to Sixty

Again, arguing is a good thing.But it could be a sign of a problem if they start off way harsh.

There is likely an underlying contempt that's been brewing that is not being identified, spoken, and dealt with."

5. You Don't Appear To Be Included in Future Plans

If, when you stop and think about it, you realize you've yet to hear about any holiday plans, take note.

“If things are on the outs, "[our partner] may start planning activities in the future that don't include you: holidays, trips with friends, things that you have been included in the past".

6. They're Not as Available as They Used to be

While you don't have to do everything together as a couple, you certainly want to be involved in their life. So speak up if you notice that they're never around anymore.

“They might be spending more time with friends, or taking longer to come home from work.”

This could be a way of establishing themselves outside the relationship, because they know it'll end soon. Or, a way to avoid the problems you're having at home.

“You'll notice a gradual distancing between you and your partner. “You’re now feeling a sense of chasing them or trying to get hold and sustaining their attention, when before it required no effort at all."

In other words, you feel kind of ignored. And that's Not OK.

Again, a healthy relationship does not mean you two spend every waking moment together.

"It's important to have your own interests outside the relationship. Spending time with friends and having hobbies will only make you a better person and more present in the relationship," Hershenson says.

So make this a priority, or consider your relationship headed for disaster.

9. Their Jealousy Has Gotten Out Of Control

If you or your partner are the jealous type, it can take a toll on your relationship - and may even mean things will end.

So, do they get jealous over every little thing? "Those are signs of an insecure person who is struggling with sharing you and your time with others," Wiley says. "An unhealthy sign that the relationship may not last long-term."

Hard issues in a relationship are just that — hard. No one can be blamed for wanting to avoid them.

But actual avoidance will doom your relationship. The issues don’t go away. They just go underground, sure to erupt when tensions run high or someone gets angry. Getting through the tough stuff helps a relationship grow and strengthen.

These subtle signs are all tiny symptoms of a failing relationship or issues that can make things fail.

Once you notice them, speak up ASAP.

If the relationship is worth saving, you and your partner can work together — by having open communication — to make things healthier.